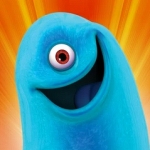 My name is Bobnekaro. I am a former bureaucrat of Hypothetical Hurricanes Wiki! I served as part of the HHW administration for over four years, from October 2015 to January 2020. I was a bureaucrat from April 2016 to January 2020, aside from a brief period in September 2016. I still visit the wiki on occasion, but am no longer very active.

Happy Birthday HHW. Let's celebrate with the birth of a potentially epic storm.

Before I joined this wiki, my hurricane interest was mostly seasonal, and I paid little attention to the tropics outside of peak season. On September 7, 2015, knowing that the 2015 season was likely going to be yet another inactive season, I searched "2016 Atlantic hurricane season" on Google out of curousity about what the upcoming season will be like. I stumbled upon this page, which led me to this wiki. I realized that as soon as I discovered this place, I would love it. I then joined this wiki the next day, September 8, to make my hypothetical seasons. I didn't think I would last more than one season at first. But I eventually became very active on the wiki. Despite this, I didn't come in chat until late October. I always loved tracking hurricanes, but I was extremely dissatisfied with the Atlantic Hurricane Seasons of 2013-15. They were just boring. I'm an Atlantic guy; the Atlantic is the only basin I really follow. My favorite storm ever is Hurricane Matthew of 2016, with Hurricane Alex a close second. I am obsessed with hurricanes and weather in general (but I'm not very interested in tornadoes and tornado outbreaks, so I won't have much to say on them). I also have created my own wikis, Hypothetical Sports Wiki, Hypothetical Diseases Wiki , Hypothetical Airplanes Wiki and the Hypothetical TV Shows and Movies Wiki.

I also invented the concepts of the Antihurricane and Usercane. I am also a proud member of Team La Niña!

My activity scale is based on the El Niño Southern Oscillation (ENSO). La Niña means I am active while El Niño means I am not.

I have my own weather center called the Bob Nekaro Weather Center. It forecasts Atlantic hurricanes, Arctic cyclones as well as HHW usercanes.

My Own Individual Storms

Read about the longest-lived tropical storm in history. 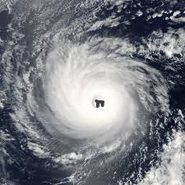 Read about the storm that formed on Pi Day and caused over 314 million dollars in damage. 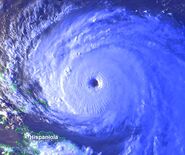 Read about the storm that devastated North Carolina. 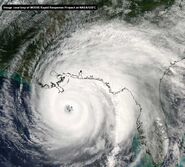 Read about the storm that ruined Christmas.

Read about the storm that traversed the entire world.

Read about the hybrid hurricane/antihurricane.
Note: All of my seasons and storms so far are Atlantic, except for the 2016 Pacific Hurricane Season!

I currently have no active live seasons at the moment.

Storms I have Experienced

Retrieved from "https://hypotheticalhurricanes.fandom.com/wiki/User:Bobnekaro?oldid=429608"
Community content is available under CC-BY-SA unless otherwise noted.