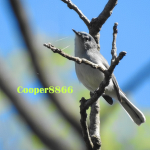 Hello HHW Visitor. My name is Cooper, and I am one of the Administrators here at the Hypothetical Hurricanes Wiki. If you need help or have any reason to contact me, post a message on my Message Wall, or give me a ring over on our Discord server, where I can often be found.

My History with Tropical Cyclones and Hypothetical Hurricanes

Around the time that I began actively tracking Atlantic hurricanes, I had begun to draw up my own tropical cyclone scenarios, and during October of 2016 I discovered Hypothetical Hurricanes Wiki, and was immediately fascinated. I joined Hypothetical Hurricanes Wiki in August of 2017, and I have served as an Administrator here since April 2018. I am proud to have served and helped build this wonderful community for over two years, and I hope to continue doing so for more years to come!

Aside from being an administrator and active contributor here at Hypothetical Hurricanes Wiki, I am active in a number of other projects. Through the National Oceanic and Atmospheric Administration (NOAA)'s Comprehensive Large-Array Data Stewardship System (CLASS), I download and process tropical cyclone imagery for public usage, and much of my work can be found on the online encyclopedia Wikipedia. I am also a contributor and member of the United Kingdom-based non-profit organization Force Thirteen, which monitors and provides coverage of tropical cyclones around the world.

Retrieved from "https://hypotheticalhurricanes.fandom.com/wiki/User:Cooper7579?oldid=468034"
Community content is available under CC-BY-SA unless otherwise noted.