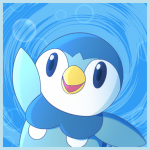 hi, I'm just someone who likes kpop and other things. I'm very trash. i love Jinhwan too ;)

Cooper - A nice and funny user!

Farm - He is good at creating WMHB seasons and knows a lot about the WPAC.

Gary - A funny guy on chat!

(Junior) Admins, bureaucrats of the wiki - They are working hard to keep the HHW a safe place and stop vandalizers and socks.

Retrieved from "https://hypotheticalhurricanes.fandom.com/wiki/User:Duskvictini?oldid=447927"
Community content is available under CC-BY-SA unless otherwise noted.