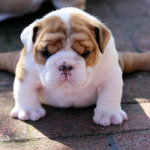 The sandbox of loveliness is right here.

Who the heck am I?

Why hello there, <insert name here>!!! This is unexpected, but here's my userpage!

My name is Lucas, and I have been a member of HHW since January 12, 2019. You can call me The Dog King if you want to. I am a former chat moderator, but I am still editing consistently on the wiki and am quite active on our Discord server. I am happy to say that I have so many great friends that assure my well-being and rely on my daily updates of our local weather. I have been interested the weather since the age of four when I picked up an interest of the weather on our local television networks. More specifically, I have tracked hurricanes since I was seven years old, beginning in the lackluster 2013 Atlantic hurricane season. I found out about this wiki sometime in 2016 and have wanted to be a part of it since. Thankfully, I can now edit on it! Below is even more information about me, if you even care.

First off, I consider myself an introvert, since I am very antisocial and do not like associating myself with "popular" people in school. I am a proud "nerd" and I strive to get straight A's in school. I really like hurricanes (self-explanatory) and basically just weather in general (self-explanatory). I have also played the piano since I was 8 years old, and to be even more exact, since June 2, 2014. I love piano, but I have to give credit to my mom for signing me up for it. I did my first Solo and Ensemble Contest in April 2019, getting a Superior Rating. I am the oldest of three, having a younger brother and a younger sister. Also, I LOVE dogs, and I have two of my own which are Bruno (5), a Boxer, and Lulu (3), an English Bulldog. My puppies love and adore me, probably because I do everything for them. I used to be afraid of dogs, but then my family adopted Bruno. He changed my life forever. Additionally, we used to have another Boxer named Daisy, but she was not the right fit for our family, so she is now living with another family. I also really like warm weather, anything in the upper 60s, 70s, and low to middle 80s is my kind of weather. I also like to read, especially in the warm summer mornings. My favorite genre is fantasy/sci-fi.

Now let's get to what I don't like. Out of all things, I probably dislike sports the most. Okay, let's be real here, I don't really like watching sports in person or on TV, especially not playing them in person. On the contrary, I do enjoy watching college football (Go Buckeyes!). I also strongly disapprove of winter. Ugh, talk about being a winter baby, I am cold all the time, mainly in late-fall, winter, and early-spring. You can usually find me in two layers of clothes in my bed of six blankets during this time.

Below, these userboxes describe some random thoughts about me:

On January 12, a trough developed in the far eastern Atlantic Ocean, encountering some very dry air and being unable to strengthen further. After leaving that body of unfavorable conditions, it began to intensify, and develop a closed circulation. On January 19, it was classified as Tropical Userpression Two. Two would stall in intensity and would only strengthen five days later. On January 26, it intensified into a tropical userstorm and was named Lucas. It slowly intensified over the following three months, and on April 12, it intensified into a severe tropical userstorm. Over the next few months, Lucas continued to intensify and eventually became the first usercane of the season on July 30. Despite strengthening throughout the rest of 2019, Lucas weakened to a severe tropical userstorm on January 15. However, whilst passing through the Leeward Islands on March 23rd, Lucas regained usercane intensity.

As of March 28, 2020, Usercane Lucas is located in the eastern Caribbean Sea. Maximum 1-minute sustained winds are at 75 mph (120 km/h). The minimum central barometric pressure is 987 mbar (hPa) and the system is moving northwest at 6 miles per day.

Hurricanes I have lived through (that I remember)...

Retrieved from "https://hypotheticalhurricanes.fandom.com/wiki/User:HurricaneLucas4064?oldid=448408"
Community content is available under CC-BY-SA unless otherwise noted.