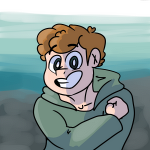 Hey everyone- I'm LckyTUBA. I've been on this wiki since December 2018, and have since amassed thousands of edits and made many seasons. And yes, I play the tuba.

I am an amateur meteorologist, with a mini-weather station set up at my house. My particular interest lies in tropical cyclones, and I am planning to attend Penn State next year to study atmospheric science and meteorology.

And here's the usercane season I'm in:

Here are some of my seasons- feel free to take a look and give comments!

And here are some notable individual storms from my seasons to check out as well:

And a few other weird storms that aren't in a season:

Timeline of my activity on HHW:

October/November 2018: I began visiting HHW, although I didn't yet have a fandom account or anything.

December 12, 2018: I created a fandom account and I also made my first edit on HHW- I created a hypothetical 2019 Atlantic season.

Late December 2018-Early January 2019: I began to show up on the wiki forums, although I was still an infrequent editor.

January 14, 2019: I officially joined the HHW Discord for the first time. I had over 200 edits upon doing so, so I became a tropical userstorm (Tropical Userstorm Tuba).

July 23, 2019: I went on partial hiatus, due to band camp and rehearsals leading up to camp.

August 3, 2019: I returned from band camp, and resumed regular activity.

I am at regular activity, making moderately frequent edits.

A little bit about me:

Storms I have survived:

(Note: I was too young to remember many of these in particular, those before 2008 were storms that had any impact with my home in Central Ohio.)

Retrieved from "https://hypotheticalhurricanes.fandom.com/wiki/User:LckyTUBA?oldid=447534"
Community content is available under CC-BY-SA unless otherwise noted.