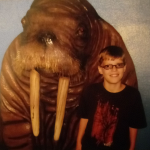 Here's a list of Helpful Pages for those who are looking for something:

Nkechinyer's_Basin_Maps_(CycloneNkechinyer) - Basin maps for all sorts of basins can be found on this page. So can large, combined basin maps, which makes making storms that go across basins a lot easier.

https://www.babble.com/baby-names/ For those of us like myself who aren't so creative with picking replacement names, click the link to visit Babble's list of names that can be sorted by gender and from A to Z.

https://coast.noaa.gov/hurricanes/ An interactive map of all known Hurricane Tracks throughout the world. I find it helpful for finding storms to use an image from for one of my seasons.

https://worldview.earthdata.nasa.gov/ Satellite image archive of every day dating back to 2013.

http://tropicalatlantic.com/recon/recon.cgi?archive=al Archive of Every Reconnaissance Aircraft (RECON) Mission since 1989 in the Atlantic. Also has data for the East Pacific and West Pacific.

http://www.nhc.noaa.gov/archive/2016/ Archive of every NHC advisory on a storm dating back to 1998 in the Atlantic and Pacific.

https://manati.star.nesdis.noaa.gov/datasets/ASCATData.php/ASCATData.php ASCAT data dating back to 2007 for the entire world.

I remember surviving the following storms (in order of damages/memory)

Retrieved from "https://hypotheticalhurricanes.fandom.com/wiki/User:Nkechinyer?oldid=397748"
Community content is available under CC-BY-SA unless otherwise noted.