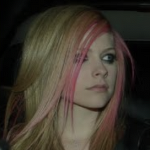 Hello, <insert name here>! Welcome to the userpage of Sassmaster15... nah, just kidding! I'm not going to bore you with that all too typical and bland excuse for an introduction. I'm from northeast Ohio (GO CAVS!!!!), and attend Kent State University. Most people call me Sass, though you can call me Sassmaster, Sassi, Sassu - basically anything you want, except late for dinner ;)

I'm a former Bureaucrat, so that means I was once on top. I never looked down....that is, till I stepped down. However, as of November 2019, I have returned to the administration as a chat moderator. I got my start on the wiki in late 2015. Some of my interests lie in the fields of tropical meteorology (particularly the Atlantic), severe weather, Pokémon, education (especially language arts and literacy), roller coasters, the great state of Ohio, music (any genre/artist), books, creative writing, architecture and interior design, the environment and conservation, and the supernatural (demons, especially). I'm pretty open about my life and love telling stories and hearing about other peoples' experiences. I am a diehard Apple fan and am the proud owner of a variety of Apple products, including a 13" MacBook Pro with TouchStrip and an iPhone 11 Pro. I am a liberal, and do not get along well with Republicans. I like to debate, and will engage with you on a wide variety of subjects.

I will occasionally hang around here, but you can always find me on Discord. I administrate/lead several servers, including Tropical Trackers, Tropical Industries, Meteorology and More, Storm Central, and various other personal and wiki-based servers. You can DM me for an invite to TT, where I am bound to be the most active. I am an Administrator on the Tales of Fairy Tale wiki and a moderator on the Kingdom Hearts 3D:DDD wiki. I also rarely edit on Wikipedia as Vedanara2. You can check out some additional stuff below, including a link to a page containing almost all my articles completed on the wiki (finished and unfinished).

Also, if you finished reading this whole thing, kudos!

Please note: If you would like to collaborate on a season, please leave a message on my wall. I'm always happy to work with others! :)

I joined in December 2015 after this wiki came up in the results to my Google inquiry - "Forecasts for the 2016 Atlantic hurricane season". At first, I was very unfamiliar with the wiki, though extremely nice users such as Hypercane and Bobnekaro helped me out. I was a very active user from the start, constantly making new articles. On January 14, 2016, I was granted Chat Moderator rights. Only four days subsequent to the aforementioned promotion, I earned rollback rights. In early February, I was given Junior Administrator rights. On February 26, I was promoted to Administrator. Several months later, on April 21, I was promoted to Bureaucrat - the ultimate status a user on this wiki may earn. While I stepped down in early September, I eventually came back and regained my Bureaucrat rights. I left in March 2017 and came back for a second time in late 2018.

Feel free to add yourself to show our friendship (totally not stolen from SM), and write a little blurb, too!

Please note, if I forgot you, it's nothing personal, I just have a lot of friends lol! Go ahead and add yourself if you don't see your name!

For a complete list of all my articles, please go here.

Retrieved from "https://hypotheticalhurricanes.fandom.com/wiki/User:Sassmaster15?oldid=425229"
Community content is available under CC-BY-SA unless otherwise noted.