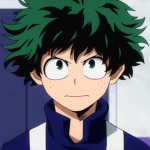 I am Ssspp1. You can call me Basti, my nickname or Sebastian, my real/first name. I was born on January 26 and I live in the Philippines. I first joined HHW in April 23, 2019 and started my first article which is my 2019 Hypothetical Atlantic hurricane season which I would give a 6-7 out of 10. So far, I have 7 articles in which 4 were requested to be deleted. I started tracking cyclones in late 2018. Force Thirteen and Typhoon Mangkhut (Ompong) were the ones who and what inspired me in tracking cyclones. Our country gets hit by typhoons regularly and I have to keep monitoring on them. It is a job I love the most. I am a worldwide cyclone tracker if you didn't know.

I appear in Hypothetical Hurricanes Wikia every time except when I don't feel like appearing there or not in the mood to spend time in this wikia. Other reasons are vacation and school studies. My first article was not so hyperactive but as I created new articles, I transformed to normal mode to hypothetical mode. I am a severe tropical userstorm currently, which means that I am an autopatroller.

I have a YouTube channel called Ssspp1. Please subscribe to me because I would like more people to notice me (no I'm not begging for subs, silly zoomers!!!1!). You can find me in Discord, @Ssspp1#3204.

I can't remember the first time I went on this wikia without an account but its probably the period between December 2018-February 2019. I was searching up "Hurricane Irma" then a result popped up which led me to this wikia, Hypothetical Hurricanes Wikia or HHW, to be short. I never knew what this FANDOM was before and I never knew what a usercane was before. At first, I though this was a useless wikia but now, I am a fan of this wikia.

I created my account, Ssspp1, on April 23, 2019. I came up with this name because I didn't know any other name to come up with. I created my first season on April 29, 2019 which was "2019 Hypothetical Atlantic Hurricane Season." This season was not so hyperactive than all the other seasons I created. The next season I created was a Pacific typhoon season animated by Force Thirteen, just before they were created. I knew this would be considered as plagiarism but I decided to make it anyway since I was bored. It was 2000 What-might-have-been Pacific Typhoon Season (now 2020 Hypothetical Pacific Typhoon Season (Sebastian's Version)) in October 2019.  I also discovered the usercane season, 2019, and during that time I was dead. I never thought of regeneration during that time until I read the blog post by James (MoneyHurricane) which I thought would still be impossible. I met many new people such as ThePhoneExpert, MoneyHurricane, StrawberryMaster, MasterGarfield, and Funnycomixking.

This was the growing of my interest, even though coronavirus exists and Taal erupted. I made another season that was animated by Force Thirteen which was the 2019 What-might-have-been Atlantic Hurricane Season (now 2020 Hypothetical Pacific Hurricane Season (Sebastian's Version)) on January 2020 and then did my 2020 Hypothetical Atlantic Hurricane Season a few days later. Then, I updated this user page which was boring and just nothing. Then, on January 16, 2020, I received a message from StrawberryMaster (Floyd) who said that a user found out that both season were made by Force Thirteen which I didn't want anyone to know until someone found out and had to remove the content within 48 hours (2 days) or the bureaucrat will remove all the content. So I had to do what Floyd told me what to do and remove all existing content, which hurt me a lot. I didn't know what to recreate until I came up with an idea. I recycle the page to a hypothetical Pacific hurricane and typhoon. Then, I created a WMHB page for the 2019 Atlantic hurricane season on February 2020. On that same month, I made my first ever individual storm article, Hurricane Rebekah from the 2019 Atlantic hurricane season. I then regenerated on January 25 according to the NUC. I was then promoted to be an autopatroller on March 17, which was one of my greatest achievements in this time of HHW. After that point, I began to become more active on chat which sometimes got me into small trouble such as minimodding. Late in April, I created my first ever realistic and future season, 2021 Atlantic hurricane season.  In mid-May, I also started my first official WMHB season, 1979 WMHB Atlantic hurricane season. I met new people, too such as Hypercane, Bobnekaro (Bob), Sassmaster15 (Anthony), CycloneMC (Caleb), KingLucarius, GiedrusForCat5 (Gied/Giedrius), and all the other people I met. I met new friends such as Port (banned), Kiko, Roy, Garfield, Farm, TPE, FCX, Harvey, and every other friends in my friend list in Discord.

This was made by some other users such as Bob and Farm so I wanted to make my own.

Used by the Atlantic, Eastern Pacific, and Central Pacific (NHC and CPHC)

This is based on the El Niño Southern Oscillaiton (ENSO). El Niño means that I am active or fully active while La Niña means I am inactive or nearing retirement.

Retrieved from "https://hypotheticalhurricanes.fandom.com/wiki/User:Ssspp1?oldid=502485"
Community content is available under CC-BY-SA unless otherwise noted.